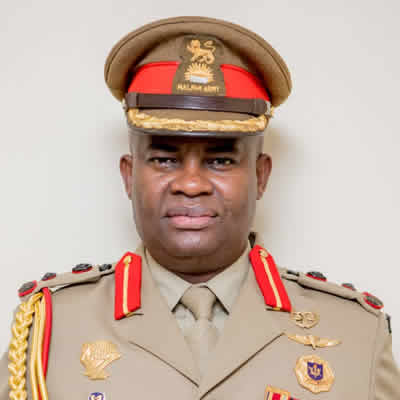 Brigadier General (Professor) Dan Kuwali serves in the Malawi Defence Force as the Chief of Legal Services and Judge Advocate General, He is an extraordinary Professor of International Law and International Relations at the University of Pretoria and Vising Professor in several Universities on the continent and beyond. He is a Fellow of the Harvard Kennedy School of Government and has served as a Legal Advisor in the United Nations Mission in the Democratic Republic of the Congo.

Brigadier General Kuwali is the current Chairperson of the Malawi National IHL Committee. He was a Plenipotentiary for the Republic of Malawi in the negotiations on the Cluster Munition Convention and the Arms Trade Treaty, where he significantly contributed to the drafting of some of the key provisions of these legal instruments. Professor Kuwali has published extensively, including several books and dozens of peer reviewed articles. His most recent publication is an Oxford Bibliography on The Use of Force for Protection of Human Rights in Africa.